On the Northeast corner of Stanton and Overland is a building which houses the Savoy Lofts and the Dollar Tree store. This building is an In*Situ remodel of the 1915 Zelman Building, which housed the original Hotel Savoy, American Furniture Co., Western Furniture Co., and various retail outlets on the bottom floor.
The Zelman Building was designed in Early 20th Century Commercial by renowned El Paso architect Otto Thorman, and the contractor was H. Brettler (El Paso Herald, 5/29/1915). Thorman is better known locally as a designer of residential properties, however did have a hand in a few buildings downtown. He also designed the 1950 remodel of the Morehouse Block (at Oregon and Texas) in addition to the A.P. Coles building. The Zelman building occupied Stanton Street from the corner of Overland all the way north to the 1907 Trost Samaniego building, with American Furniture occupying the northern end of the structure. It cost $75,000 to build.
Across Stanton Street from the Zelman building was the Sample Shoe Store, at 105 S. Stanton, owned by Joseph Zelman (105 S is now the southernmost portion of the vacant JC Penney building). We believe Joseph Zelman built the Zelman Building, but there remains the remote possibility that the name is just a coincidence. However, Joseph is the only "Zelman" active in local business at the time, so we are 99% certain it was his building. We are looking for documentation to confirm this. Joseph operated the shoe store at the 105 S Stanton location for 4 years after the Zelman building was erected (El Paso Herald, 12/19/1919).
The main tenant at the Zelman Bldg. was the Hotel Savoy, owned by D.C. Seamon (El Paso Herald, 11/13/1915). The lobby was on the second floor, and it had 100 rooms on the 2nd and 3rd floors. 50 of those rooms had in-room showers and bathtubs. All of the rooms had telephones.
D.C. Seamon owned and managed the property until at least 1919, but after that the historical narrative of the hotel and building are very hard to come by until the In*Situ renovation in 2013-2016. Interestingly, in my research of the Hotel Lenox, their original (1917) Manager Guy Strickland was identified as "previous manager of the Savoy Hotel", however in Savoy documentation he is never mentioned.
Sometime afterwards, the northern section of the building was demolished to make way for a newer structure, which is still sandwiched between the current Savoy Lofts and Samaniego.
The building today is very handsomely designed, although the Dollar Tree signage is distracting. There are 27 high-end apartment units in the building, which also provides a rooftop terrace. The building is owned and managed by the El Paso Housing Authority, and maximum income for a single person to rent at this property is $51,700 annually.

All modern images were taken by Mark Stone on 7/21/2019. Other images are credited in their captions. 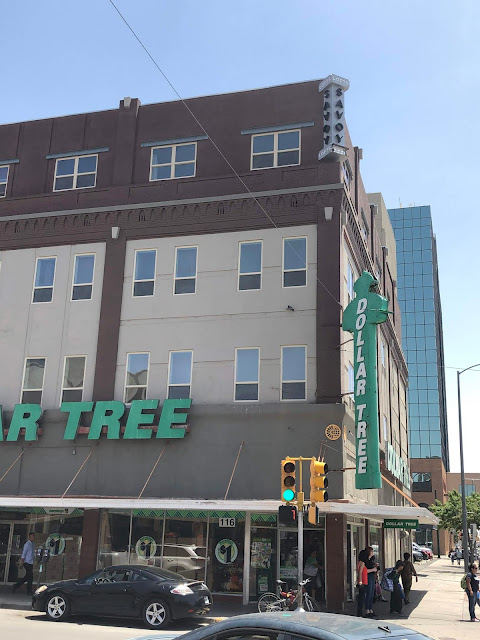 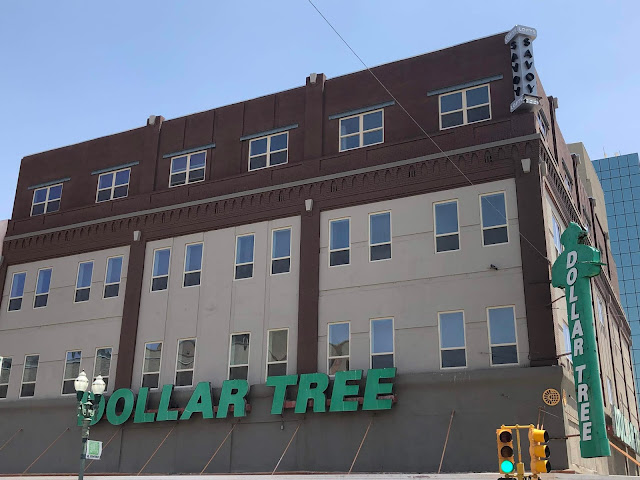 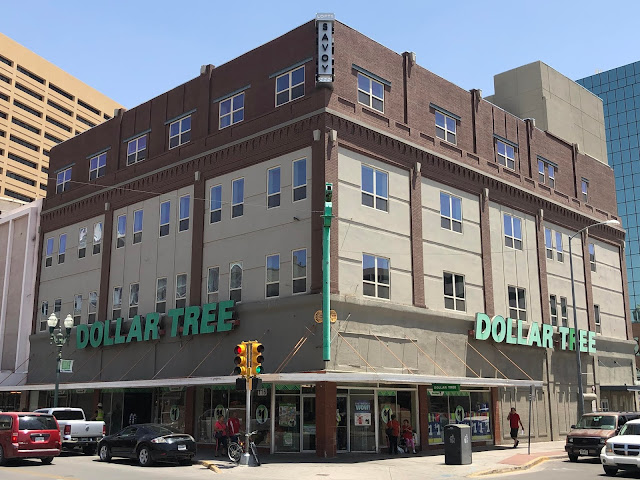 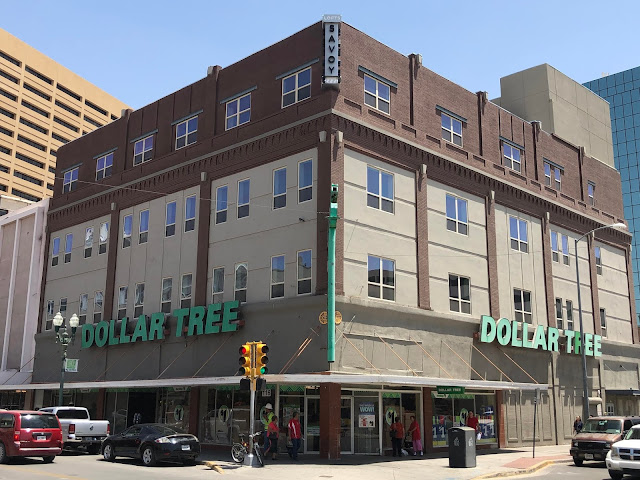 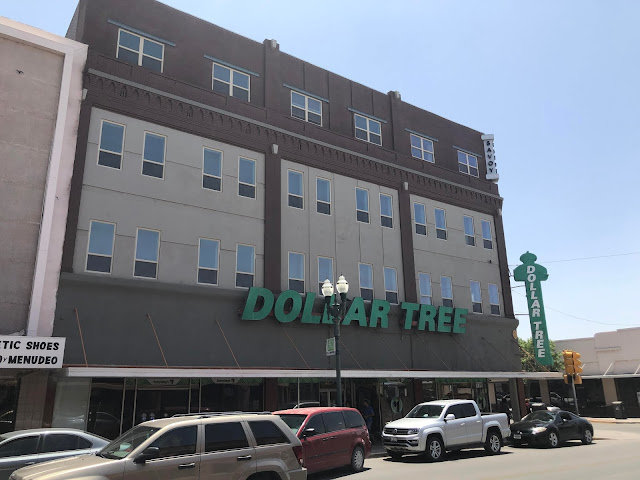 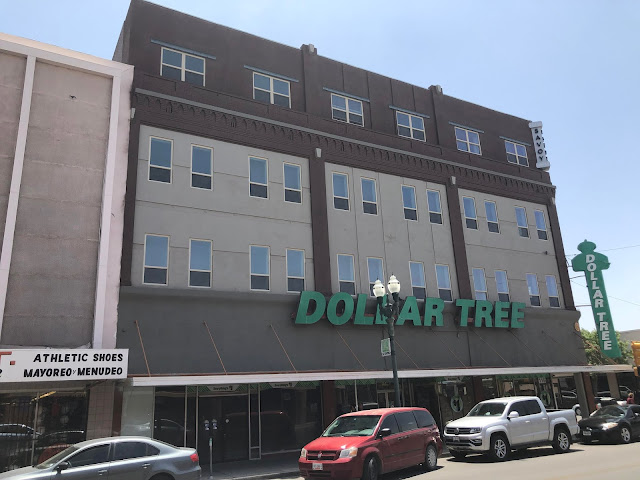