The 1913 Airdome Theater, also known as the Leggett Building, was listed in the National Register of Historic Places in 1985 as part of the Douglas Commercial Historic District. Designed by Henry C. Trost, it still stands at 555 10th Street in downtown Douglas. What a treat for the eyes!
Following is the text from the historic marker near the structure:
"John and Mamee Leggett constructed this building to house Douglas' first multi-purpose theater, the Airdome. The architects, Trost & Trost of El Paso, Texas used terra cotta decoration to set the building apart from others.
"The original structure housed the theater with a lobby in the center flanked by an ice cream parlor and a men's tailor shop. On the east side there was a stage entrance. The airdome offered stage shows, vaudeville, and moving pictures. The second story was used for professional offices.
"The location of the building was in the heart of Douglas' theater district, which was also the end of a street car line from the Army camp east of town.
"From 1904 to 1913 Douglas had two theaters. When the Airdome opened in 1913, it was joined in the same block by four other theaters. This was the theater district with 5 theaters in the same block. The Lyric, with Nick Daimos proprietor, also opend on G Avenue.
"The first two decades of the century were boom times for Douglas and also the Airdome. In 1917 the population was estimated at 17,000 and the Army added an additional 20,000 Guardsmen and regular Army troops.
"In 1919, the Grand Theater opened and the Airdome lost customers. In 1920, the Airdome changed its name to the Columbia. In 1921, Douglas' two copper smelters closed for 9 months. The Army was also reducing. 1925 saw the theater close, never to open again. Talking pictures were beginning. The cost of the equipment, $20,000 to $40,000 was too expensive to justify further operations.
"Times got better in the late 20s and by 1929 the principal tenant of the building was Romney-Doan Chevrolet Company. 1929 was the beginning of the depression. The smelters closed and then merged. Many jobs were lost.
"1937 saw a new major tenant for the building, Safeway Pay'N Takit. This was the city's first supermarket.
"World War 2 began in 1941 and an Army Air Corp training field opened near Douglas. The building became the home of the USO Canteen Corner & Canteen Center."

All images are from Wikipedia Commons. 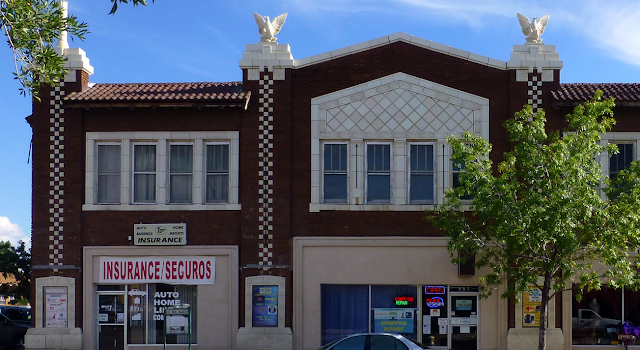 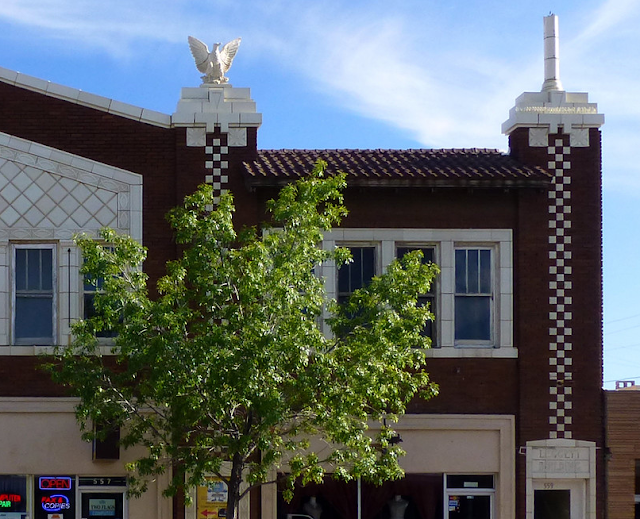 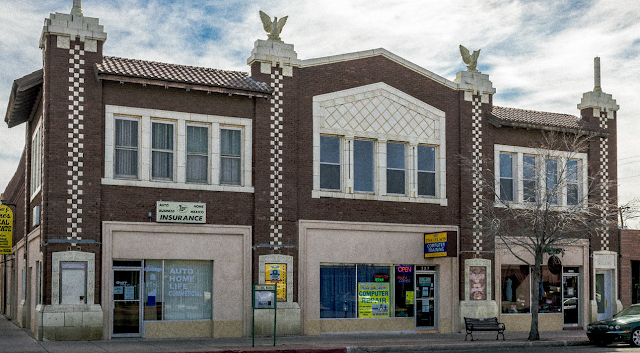 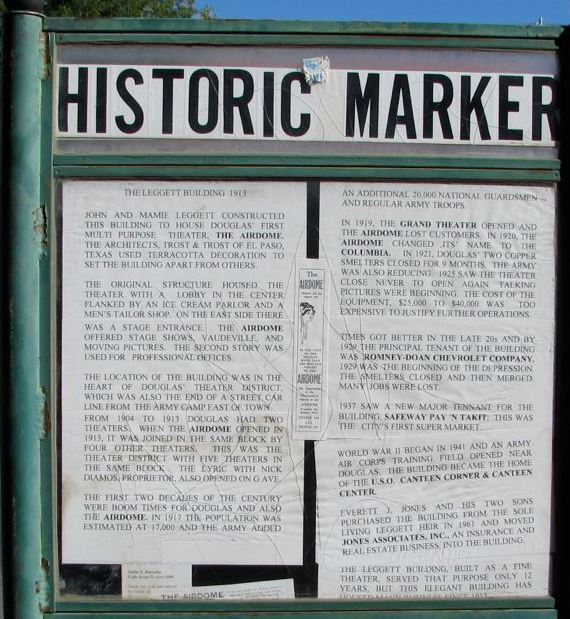 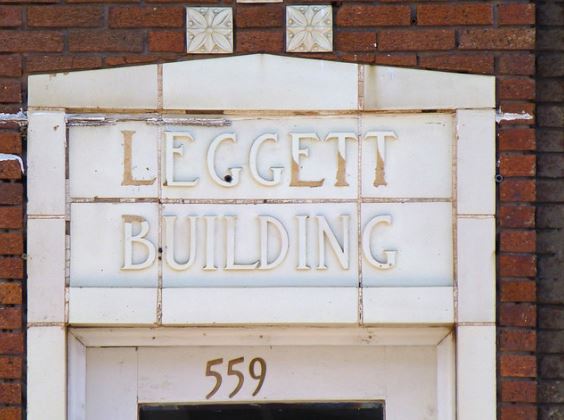 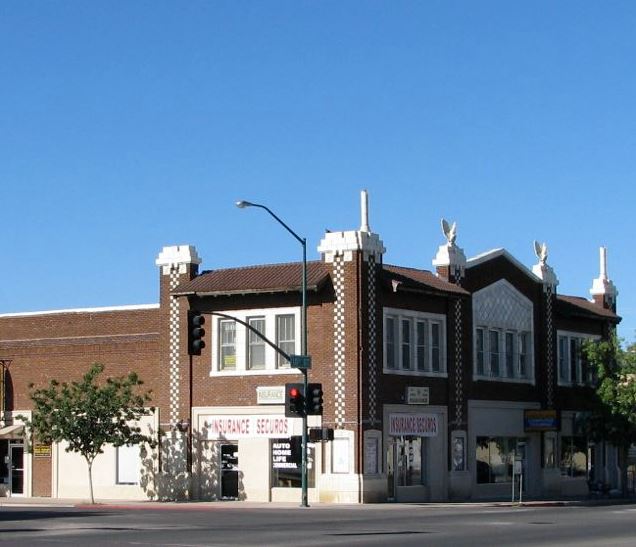