Designed by Charles Erwin Barglebaugh, who at the time was a partner in the firm of Barglebaugh & Whitson, the First Mortgage Building was the tallest skyscraper in El Paso for almost a decade. The 15 story structure was designed in a Chicago Commercial Style by the renowned architect, who studied architecture in the windy city and was a member of the Chicago Architectural Sketch Club, alongside Frank Lloyd Wright, Dankmar Adler, Louis Sullivan and H.C. Trost.

Barglebaugh spent his early career in Dallas, and came to El Paso as a representative of the Dallas firm of Lang & Witchell. During World War 1, he left El Paso to work for Charles Schwab at the War department and designed lightweight concrete ships for the war effort. These ships, designed to battle the German submarines, gained Barglebaugh international fame. Upon his return to the Sun City, he formed his own partnership with L.R. Whitson. He left a light footprint on the El Paso skyline, designing only two notable buildings that stand today, but was a teacher and mentor to other El Paso designers. Shortly after building the First Mortgage Tower, he moved to California and passed away from heart disease at the age of 48 in 1927.

His El Paso watermark building stands today as the 1 Texas Tower, home of the Cafe Central. The building, owned by Jim Scherr, is structurally sound, but needs minor exterior repairs and a paint job. Construction started in early 1920, and newspaper coverage was extensive as the $411,000 building grew.

There was some confusion in period newspapers whether the building should be called "First Mortgage" or "First National Bank", but it is hinted that First Mortgage was actually owned by the bank, which was adjacent to the south. As a matter of fact, after the building was completed in early July 1921, First Mortgage headquarters remained in the neighboring but connected bank building. The two buildings shared entrances, elevator lobbies and elevators until Chemical Bank purchased First National. When Chemical arrived, they sold the First Mortgage Tower to Miss Anne Bucher.

One Texas Tower is always "the other building" when its famous neighbors are pictured, but it holds its own in the annals of our building history. 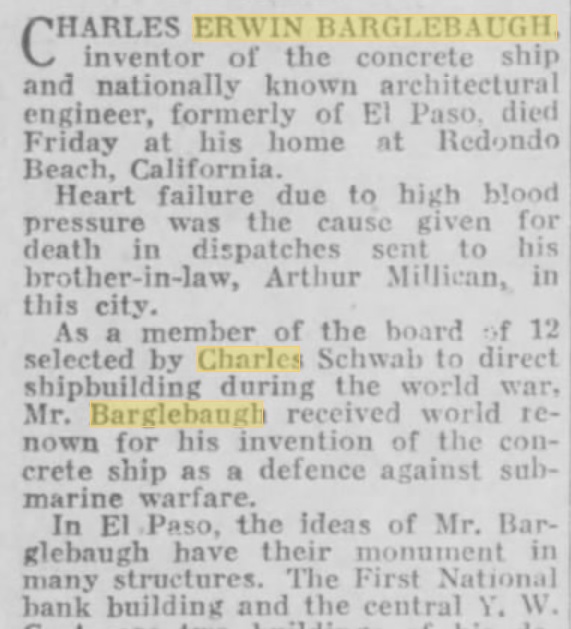