On September 7, 1919, at 42 years of age, Robert Krakauer was tragically killed when a gun accidentally went off while being unloaded at his ranch home in Clint, Texas. Mr. Krakauer was, at the time, president of the Associated Charities (El Paso Herald, 4/10/1920 pg 2) and was very well respected in the community. Associated Charities opted to leave the position of President vacant until almost a year had passed after the accident.

Looking through newspapers of the era leaves the impression that Robert was a very kind, giving person, with a wonderful reputation. When he died so unexpectedly and so young, El Paso mourned. The organization he led, Associated Charities, decided to name a building they were already planning in honor of Krakauer. Additionally, they decided to make it a home for homeless men, which was one of Robert Krakauer's passions.

The Robert Krakauer Memorial Building, 510 S. Oregon, was completed in 1921 after over a year of fundraising. Lead architect for the project was Henry Trost, as indicated by his signature parallel bars in the upper corners of the structure. Trost donated his services. It is a two-story brick building on a concrete foundation. The architectural design is a simple Early 20th Century Commercial. The roofline has been altered since erection, and an addition has been built on the south side of the building; nevertheless the bulk of the Trost design on the structure's facade remains intact.

The original sign on the building, "ROBERT KRAKAUER MEMORIAL". has been removed and painted over. The sign was intact as late as 2004 as evidenced by a recent picture available in the UTEP archives.

Image credits: The old image is from the "Rescuing Texas History, 2014" collection and was provided by the El Paso Public Library to The Portal to Texas History, a digital repository hosted by the UNT Libraries (https://texashistory.unt.edu/ark:/67531/metapth613645/?q=Robert%20Krakauer). All newspaper clippings are from the University of North Texas (Denton) digital archives, via the Library of Congress' Chronicling America (https://chroniclingamerica.loc.gov/). Modern images were taken 10/09/2018 by Mark Stone. 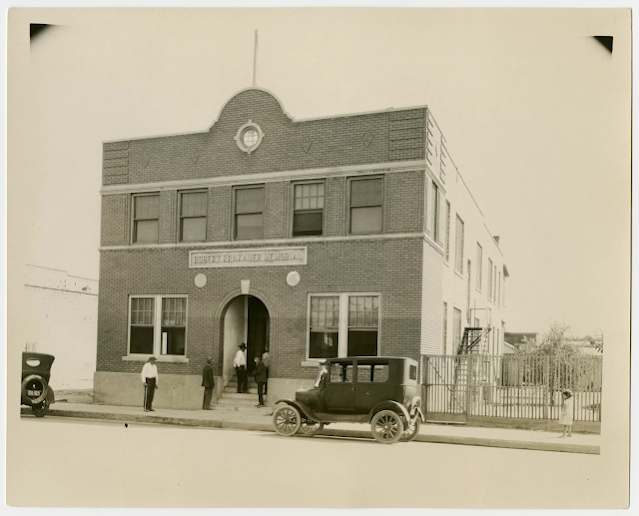 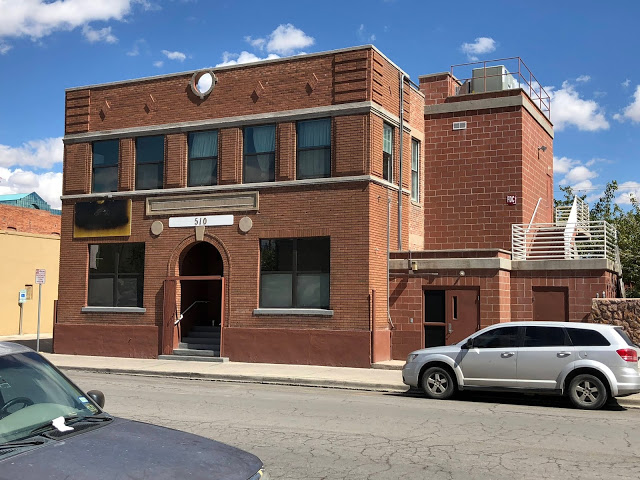 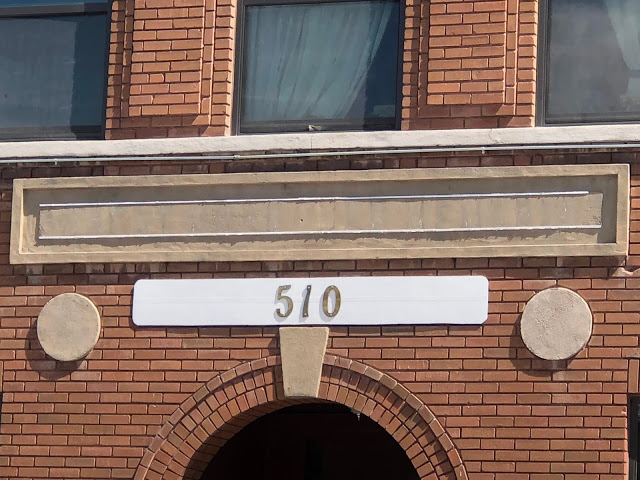 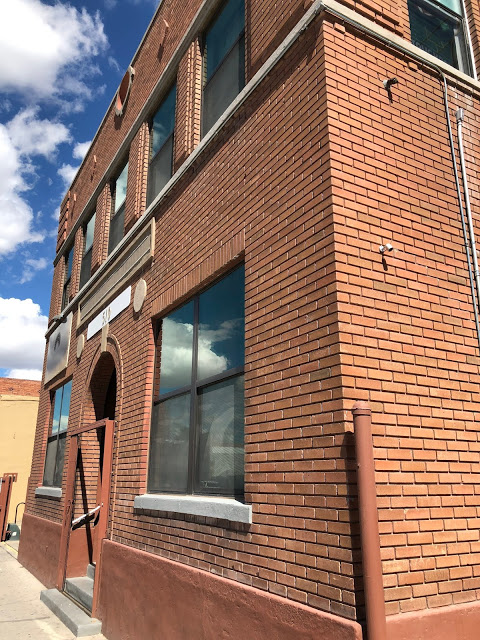 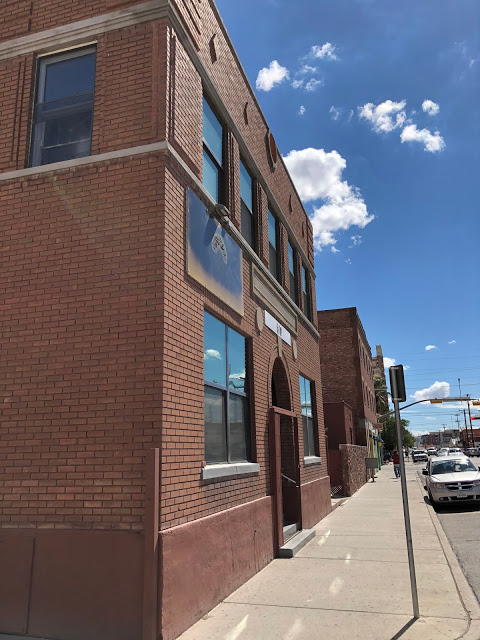 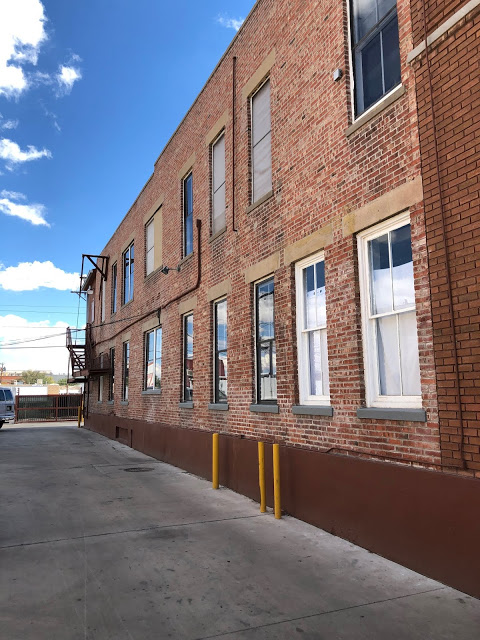 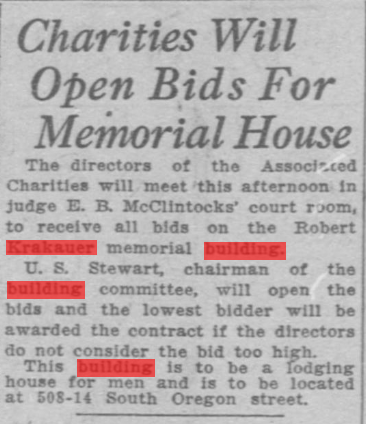 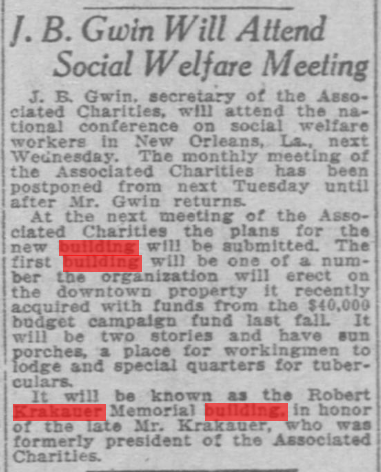 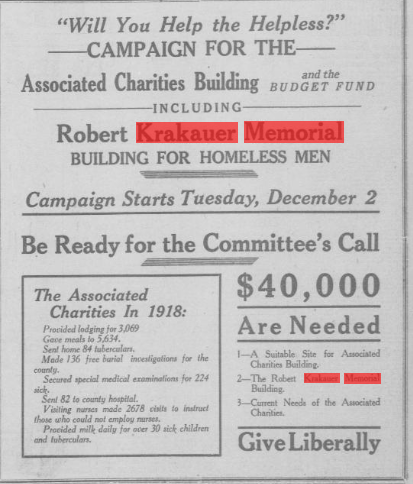