The Spitz house, a stuccoed brick structure on a concrete foundation, is listed on the New Mexico State Register of Cultural Properties (1975) and the National Register of Historic Places (1977). It is considered to be Albuquerque's best example of Prairie School architecture (Ref: Dewitt, Susan (1978). Historic Albuquerque Today: An Overview Survey of Historic Buildings and Districts. Albuquerque: Historic Landmarks Survey of Albuquerque. p. 102.). It is a great example of Trost's "Arid America" style of Prairie School, with its broadly overhanging hipped roof (with 4' eaves!) intended to shade windows and keep the building cool.
The Spitz House was built for prominent Albuquerque businessman Berthold Spitz and his wife Fannie Schulz. Spitz emigrated from Bohemia to New Mexico in 1880, and joined as business partner with Bernard Ilfield, an Albuquerque wholesaler. Spitz later served as Albuquerque's Postmaster from 1921 until his death in 1933.
According to The Society of Architectural Historians (sah-archipedia.org) the Spitz Residence may have been Trost & Trost's first work in Albuquerque, and also may have been the first Prairie School design in that city. It is unclear how Spitz became aware of Henry Trost, however we know that he and his wife honeymooned at the Chicago World’s Columbian Exposition in 1893 during the period of time when Trost worked in ornamental iron there and was a member of the Chicago Sketch Club. Spitz's wife was an inventor and exhibited at this exposition possibly alongside Trost. Another possibility is that his wife, who was from El Paso, knew of Trost & Trost's work locally and presented Trost to Spitz.
The home is a two-story 4500 square foot building laid out in a cruciform plan with a symmetrical front and rear, and is located at 323 Tenth Street, N. W. It was originally built with open porches both front and rear, however those have been filled in.
In the 1960s, the building was converted into offices and refrigerated air conditioning was added. In the mid 1990s, however, the current owner reverted the property back into a residence, restoring both the interior and exterior to the original Trost design. 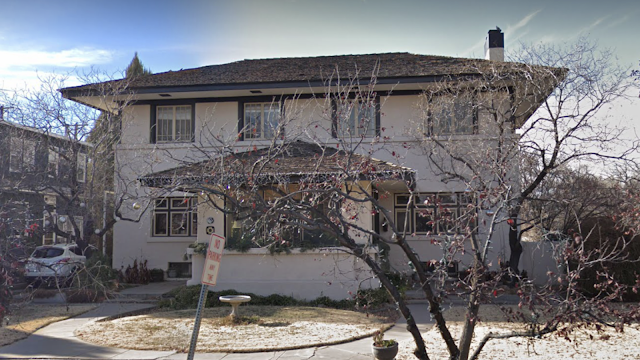 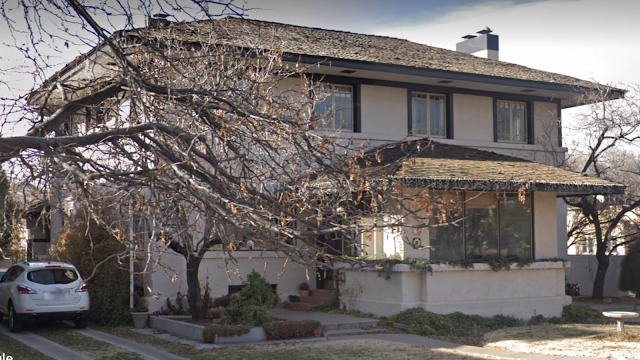 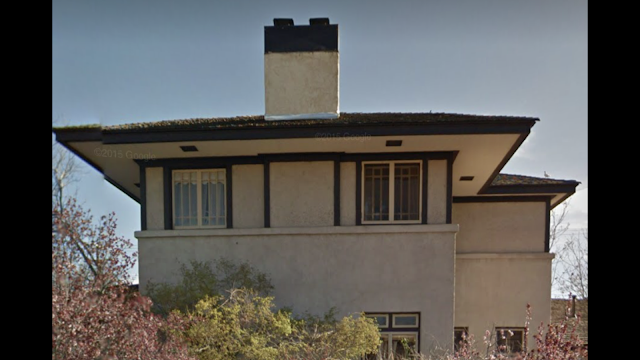 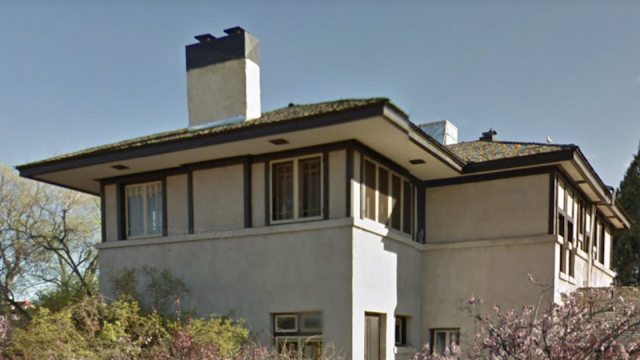 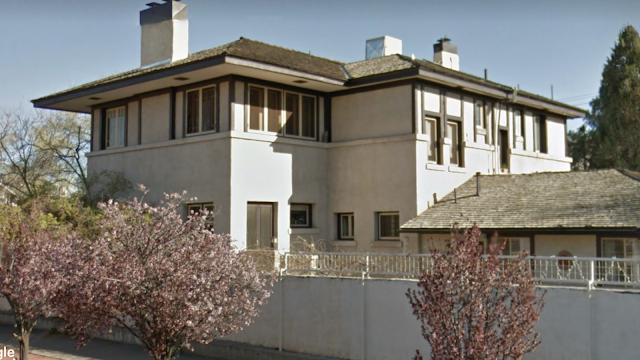