It's difficult for El Paso History buffs to fathom, however it's a fact: Although Trost & Trost was an El Paso based firm, the city of Albuquerque holds this architectural entity in equally high regards as us El Pasoans do. Quoting the New Mexico Architectural Foundation's website: "Henry C. Trost (1860-1933) is considered to have done more to shape Albuquerque’s downtown skyline than any other architect working in the Duke City. He is responsible for designing many of Central Avenue’s signature structures in the early years of the 20th century."
One of his signature buildings in the Duke City stands today as the Banque Lofts  (https://www.banquelofts.com/). Completed in 1924, the First National Bank Building was Albuquerque's tallest building for a cool 28 years, until eclipsed by the Simms Building in 1954. As a matter of fact, according to SAH Archipedia, this 9-story masterpiece was the *first* skyscraper in not only Albuquerque, but in the entire state of New Mexico. Additionally, the First National Bank introduced Reinforced Concrete in high-rise buildings, which, like in El Paso, became the norm.
The design of the building is described by the Society of Architectural Historians as Chicago style commercial classicalism. It is an “L” shaped imposing block of offices, with stucco over its reinforced concrete walls. Trost designed the structure with a classical cornice, ground-story arches, and "the ornamental details of a Renaissance palace" (quoting SAH).
In an ironic tie to El Paso, the Albuquerque bank was opened in 1884 by Joshua Raynolds, who then served as President of El Paso’s own First National Bank (which had occupied the currently vacant American Furniture Building). Raynolds retired in 1916, and in January 1917 turned over operations of the Albuquerque bank to his son James Raynolds. James contracted with Trost & Trost to erect the new bank, which cost $434,000 to erect.
Currently, the building is in outstanding condition and occupied by the Banque Lofts, who remodeled and restored the property in 2014-2015. It had previously undergone a renovation in 2003 into condominiums.
If Albuquerque and El Paso can be considered “sister cities” in any way, it would be via the immense influence of Maestro Henry C. Trost’s work in their respective downtown areas.
Everett J. Jones and his two sons purchased the building from the sole living Leggett heir in 1961 and moved Jones Associates Inc., an insurance and real estate business, into the building.".

All B&W images are courtesy of The Banque Lofts website (https://www.banquelofts.com/); the color image in the evening is from the Albuquerque Hub (http://www.thehubabq.com/); the remaining color portrait courtesy of the Society of Architectural Historians. 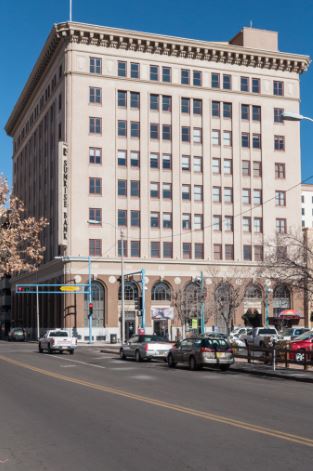 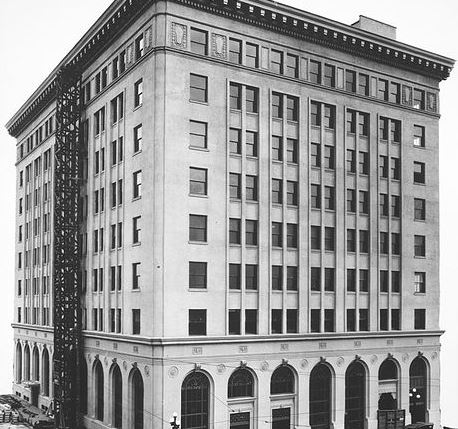 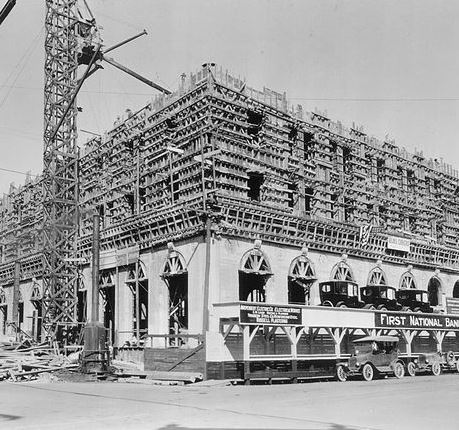 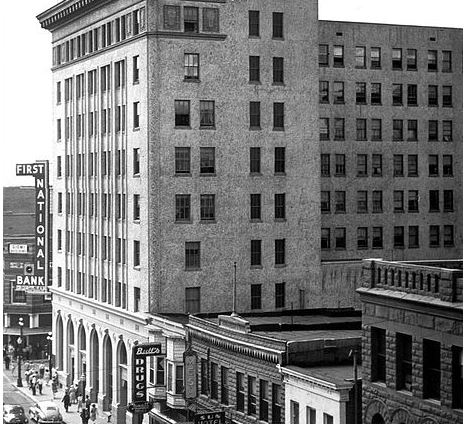 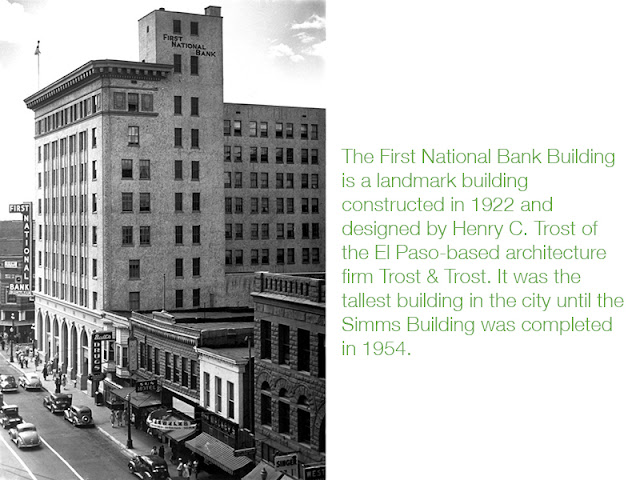 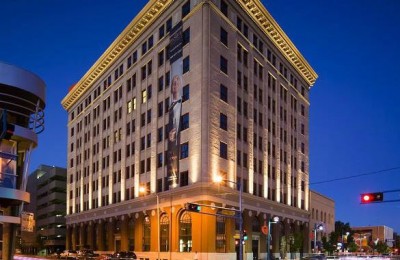