One of four Trost & Trost Sullivanesque Chicago School buildings in downtown El Paso, the White House/McCoy Hotel remains one of Henry C. Trost's most celebrated building designs. The builder and original owner of the building was a consortium of individuals (that included banker Joshua Raynolds) led by Felix Martinez. Martinez is considered an El Paso pioneer and influenced the growth of the city and the surrounding area in a substantive manner starting with his arrival in 1898.

Quoting the Texas State Historical Association:
**********
"(Martinez) moved to El Paso, Texas, in 1898, where he found numerous opportunities to use his financial and organizational talents. He owned and published the El Paso Daily News from 1899 to 1909. He was the founder of El Paso Realty Company and the organizer of the Southwestern Portland Cement Company, as well as a small railroad that served the El Paso area. He was the president of the Central Building and Improvement Company and participated in the construction and operation of the Plaza Block and the White House stores. He was on the board of directors of the First National Bank of El Paso but later resigned to accept a position as one of the original directors of the Federal Reserve Board, Dallas District. Martinez's most lasting contribution was his strong support for the construction of Elephant Butte Dam, which still provides irrigation water for the Rio Grande valley in the El Paso area and southern New Mexico. He helped to organize the El Paso Valley Water Users' Association and served as its board chairman."

(Visit the Texas State Historical Association for the in-depth and excellent article on the life of Felix Martinez, written by Robert R. White, here: https://tshaonline.org/handbook/online/articles/fmadj)
**********

Felix Brunschwig, an immigrant from Alsace-Lorraine, created the City of London retail store in Juarez in around 1880. The store had moderate success, including plenty of business from neighboring El Paso, however he felt like the store would perform better across the border. In 1899, he officially closed the City of London in Juarez, and by November of 1900 he had opened under the name "White House" at the corner of Oregon and San Antonio with only ten employees and a lot of hope. Business skyrocketed for the store, and over the next decade Brunschwig had to lease extra storage space in his building. It became evident that the scale of business they were experiencing required a move to a much larger building. He and a pair of nephews, Gaston and Myrtil Coblentz, incorporated as the White House in 1903; then majority ownership fell to the nephews by 1908.

When Felix Martinez' building was erected, the White House took the opportunity to move into the new building. We have conflicting documentation from period newspapers whether the White House purchased and owned the building, or merely leased it. In a 2009 article in the El Paso Times, the editorial staff tells us that Felix Brunschwig and his nephews were building owners, however period documentation is not clear on that point.

Sadly, El Paso pioneer Felix Martinez fell victim to pneumonia and passed away in 1916, a few short years after the building was completed.

The White House experienced extraordinary success at their new location, and through the decades continued to expand and grow. By 1915, nephew Myrtil had become president of the company when Felix Brunschwig's health began to fail (He passed away in 1922 in Paris, France). In 1917 the third through fifth floors were expanded over the rest of the building as sales continued to increase.

In 1928, the neighboring Mills Building Corporation purchased the White House's building, and leased it back to them. Sales continued to escalate, even to the point that during a period of time the White House sales floor extended all the way to Oregon Street in the Mills Building! Another expansion and remodel took place soon after World War 2 costing over $500,000.00, that included the installation of the world's longest escalator.

Currently, the building is owned by El Paso investor Paul Foster as part of the Mills Plaza. The Mills Building and the White House, along with a parking garage to the north of the Mills designed to look like the old St. Regis Hotel, are virtually one building. A complete restoration and interior remodel of the complex has taken place, and it is wonderful.

The White House has been listed in the National Register of Historic Places since 1980, as part of a multiple-listing entitled "Commercial Structures of El Paso by Henry C. Trost".


The next 4 pictures are of the spotless interior atrium. All of them taken by myself on 8/1/2018. I didn't spend much time in there, because a security guard was eyeballing me in a negative manner. :-) 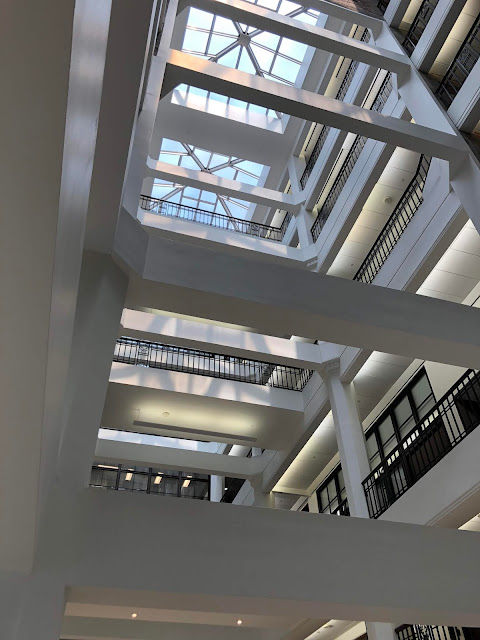 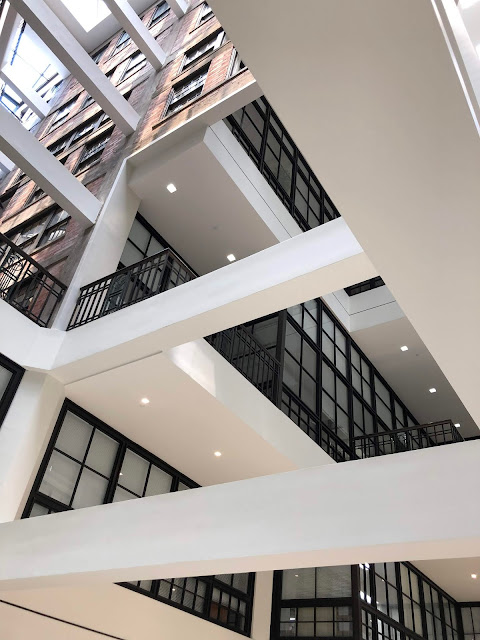 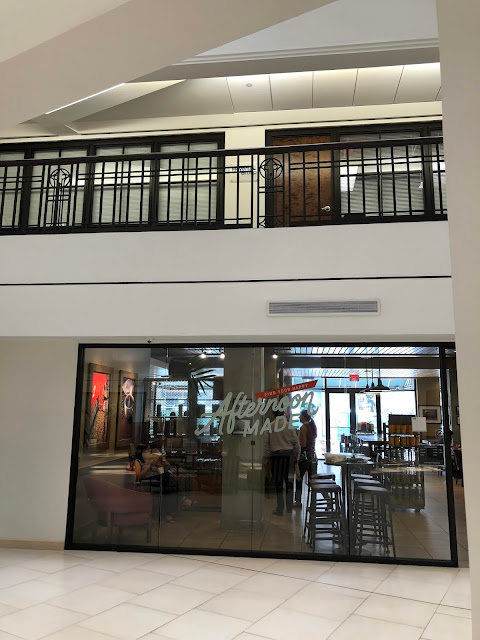 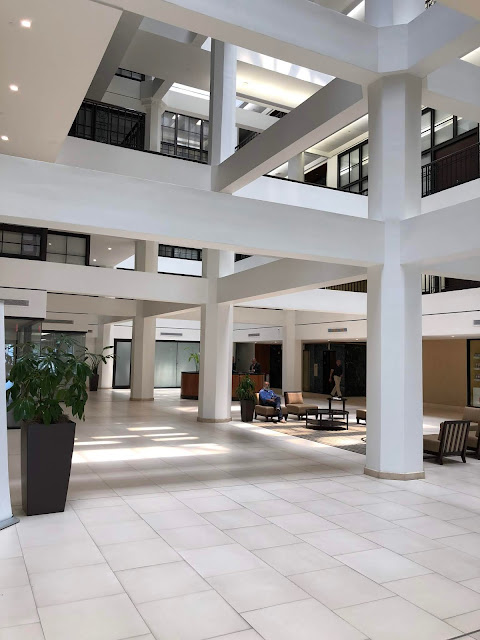